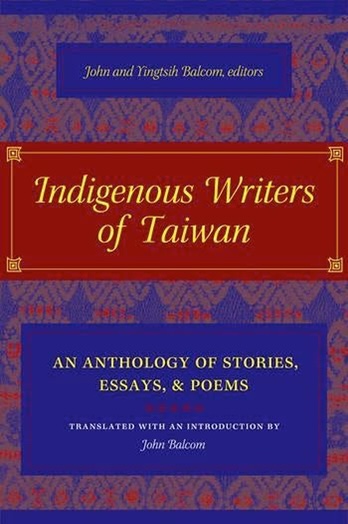 I ordered Indigenous Writers of Taiwan in November last year from Blackwell’s UK. Nothing arrived for three months, so I wrote to them and asked for a refund. Blackwells’ was surprisingly good about it. They declared the book Lost In Transit, and credited money to me.

Then my book arrived. Cue feeling like a goose.

I wrote to them again to tell them and PayPal’d them the proper amount to buy the whole guilt-free, if red-faced, reading experience.

This book is the first ever anthology of books written by Indigenous Taiwanese writers translated into English. Looking forward to reading about village life/warrior life as it was in Taiwan, and some general opinions from fellow Taiwanese people.

•According to archaeologists, humans have lived on Taiwan for 15000 years.

• Indigenous Taiwanese folk are divided into two broad groups: plains people and mountain people, the former whom were just about entirely assimilated by Han Chinese (sad)! Once upon a time these two groups were made up of 14 tribes.

• All tribes kept pigs and chickens, however eating chicken used to be seen as a social taboo (I have pet chickens, and think they would totally get behind this).

• The tribes were/are very diverse. The language spoken by one tribe was not necessarily understood by another ie not mutually intelligible.

• There are currently concerted efforts to keep these languages alive.

• Japan occupied Taiwan between 1895 and 1945, and according to the introduction, many Indigenous Elders still identify with the Japanese.

I wrote in an earlier blog post that my family thinks Great-Great-Grandma was an Indigenous lady. It turns out this notion is not a full consensus as some family members disagree, they think she emigrated.

The historical fact of women having restricted travel is still there however.

I don’t suppose we will ever be entirely sure, but Dad also found a family tree written by a cousin, and Great-Great-Grandma’s name was on it, and translates to [Surname] Yellow Sweet. That was nice.

In conclusion: the patience muscle is an excellent one to exercise. This was a timely reminder because it turns out there’s one more week until online classes start.

Anyone waiting for something to happen?

26 thoughts on “Lost in transit, not translation”