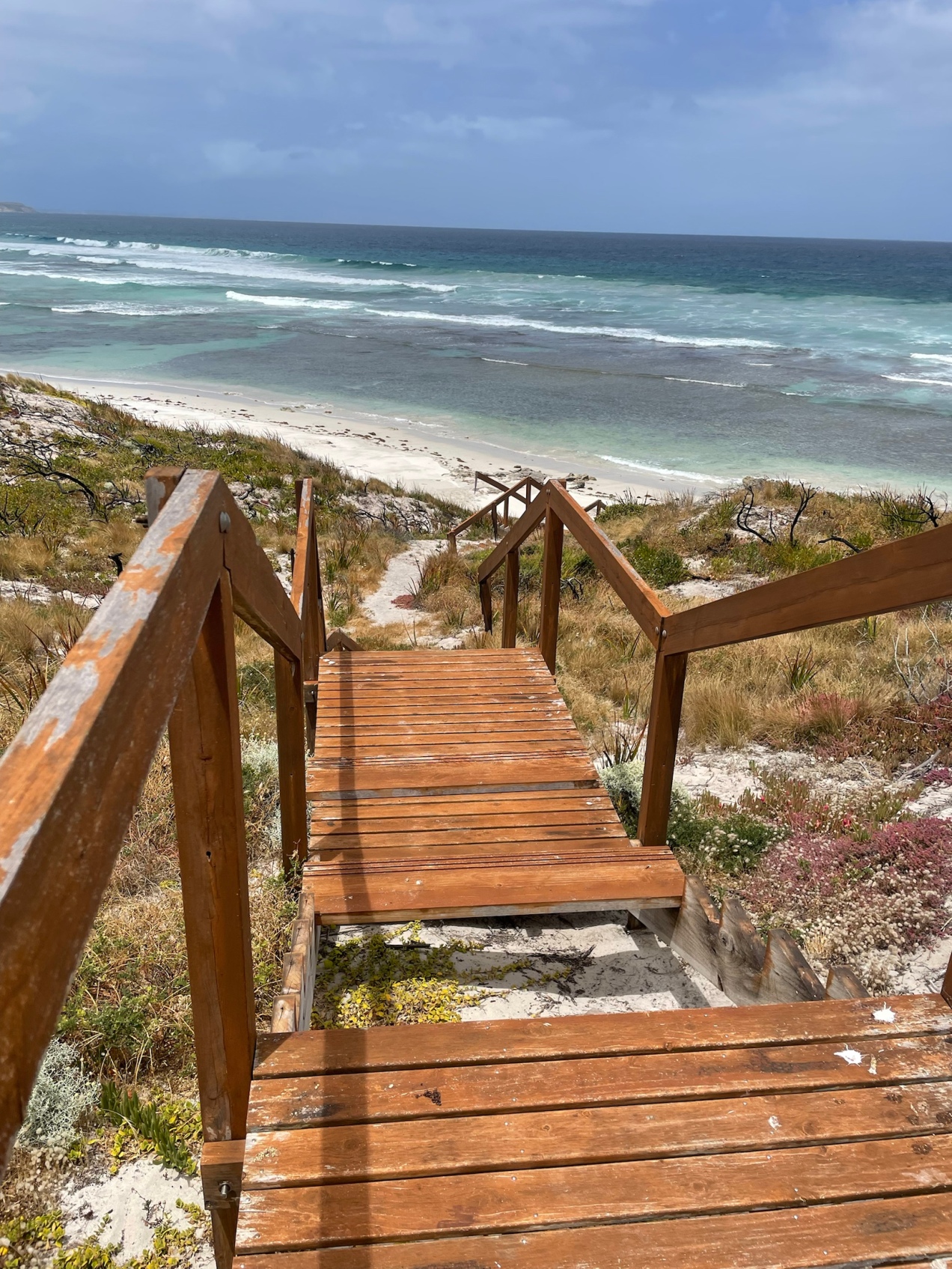 Here we went exploring. This bay is the second place in a row I’ve learnt that was named after a very nice lady, Catherine de Vivonne.

(The other place and person was Adelaide, the Queen in the 1830s, who was kind and 27 years her husband’s junior. She influenced King William to cut out swearing and drinking, and was loved by all.)

Anyway, over at Vivonne we found some ruins!

These weren’t terribly old ruins – the charred bits indicated they were probably burnt in the 2019-2020 bushfires – that time when pretty much all of Australia was ablaze.

There were no signs saying NO CLIMBING, so we went up for science.

The fires on Kangaroo Island that summer ravaged 48% of the whole place. This report also details the destruction of habitat for various species. That summer, you could see red skies and smoke from more than 150km away.

A lot of animals died, sadly. But there still is surviving wildlife. Like this jewel-like bug…

… and this endangered and rare bird, the hooded plover:

At Seal Bay (which would probably have been better named Sea Lion Bay), there are often many sea lions on the beach. You can pay to watch as animals flaunt the life we runners of the rat race all dream of (although to be fair, they do spend 3 days at sea hunting, and 3 days recuperating).

A little inland lies the skeleton of a young whale that was maybe trying to do the same thing as the sea lions, but never made it back to the water. Poor thing.

Driving along the coast, the partner spotted some blobs in the water and wondered aloud if they were dolphins, at which I yelled “WHERE?” and jumped out the car.

So now I can say I’ve seen the rival species to our intelligence in the wild. Seriously, if you have ever seen pictures of a dolphin’s brain you would possibly be alarmed, and glad they don’t have feet and opposable thumbs, or the world might have been theirs while we were fluffing around in caves, discovering fire. Maybe.